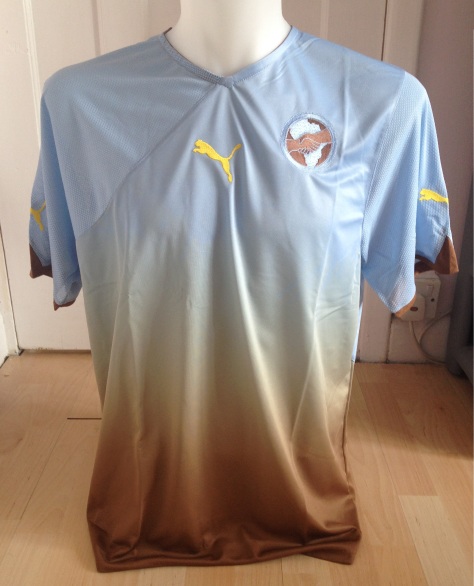 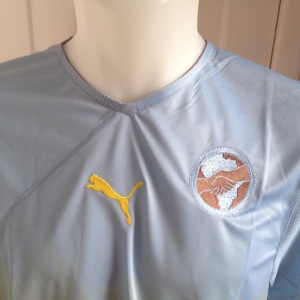 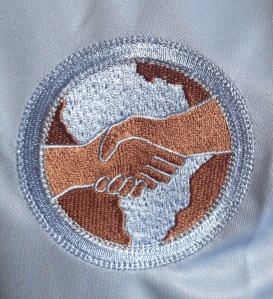 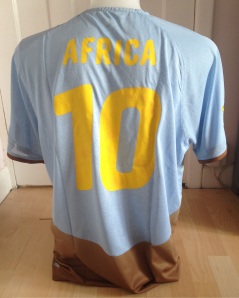 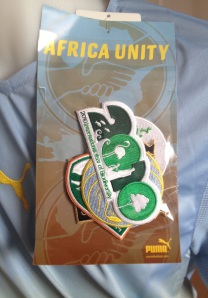 This is one of those marmite shirts you either love or hate. I’m on the love side as I think it’s a pretty nice design by Puma which was officially the third shirt for all African countries in 2010 to coincide with the South African World Cup.

Despite it being the third shirt for every country, I believe this was only actually worn twice in matches. The first was a special exhibition match between an All Star XI and Cameroon. I’m also informed that Namibia wore the shirt in a friendly against South Africa. The good old Namibians.

It’s a shame that such a specially designed shirt was used so sparingly but there you go. The shirt actually comes with a choice of badges that you can put on the shirt yourself which is a nice touch although I’m not even going to try and do it as it would end in the shirt being destroyed!

Africa and number 10 is also printed on the back. This is a shirt I’ve been looking to get for a while and luckily the brilliant Classic Football Shirts had them at a reasonable price so I took the plunge. Thank God for CFS!