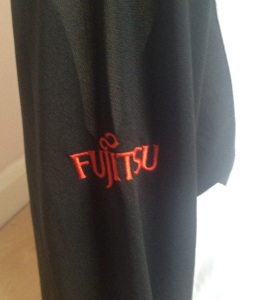 The second British Army shirt to be added to the blog following yesterday’s addition of the home shirt. You can read more about that and the British Army football team here.

This is the away or alternative shirt the British Army used, I believe in 2011/12. There is a 90th anniversary Royal British Legion patch on the left arm and it was formed in 1921 which would make 90 years 2011.

Similarly to the home shirt, I also got this one from Thomas (@FootballShirt11) and he believes it is also match worn which would explain the number 17 on the back. The shirt itself is lovely and again includes lots of nice details like the home version.

The lack of sponsor makes it all the better in my opinion and I’m very glad to be able to add another Army shirt as well as my first ever match worn one to the blog!